https://www.retirementplanningscottsdale.com/2019/05/02/anil-vazirani-with-az-senator-kate-brophy-mcgee-on-the-potential-bait-and-switch-of-hypothetical-annuity-illustrations/ Anil Vazirani with AZ Senator Kate Brophy McGee on the potential bait and switch of hypothetical annuity illustrations, interviewed on “On the Money” program.

Anil Vazirani is president of Secured Financial Solutions, independent insurance advisor investment advisor rep with a fiduciary obligation and in the financial services industry since 1994. A+ rating with the Better Business Bureau for over a decade and a half, members in good standing with the National Association of Insurance and Financial Advisors, and with us today is a very special guest not only is she a consumer and a senior advocate, but very passionate about helping her constituents. We are going to be joined today by Senator Kate Brophy McGee.

Senator McGee serves in the Arizona State Senate representing legislative district 28, the district includes North Central Phoenix, Biltmore, Arcadia, and my town of Paradise Valley. Senator Brophy McGee is a third generation Arizona born into a ranching family and raised in southern Arizona, graduated from the University of Arizona, and working as a community banker lending to small businesses. She understands how hard business owners work to create the jobs that drive Arizona’s economy.

Senator Brophy McGee married her husband Bob McGee 32 years ago and they have lived in north-central Sunnyslope neighborhood ever since. All three of their sons attended Phoenix public schools and graduated from Sunnyslope high school. Her oldest son is a graduate of the University of Arizona law school and is an attorney in Phoenix. Her Middle son is a graduate student at Northern Arizona University, her youngest son is a graduate student at Arizona State University. Senator Brophy McGee is vice chair of the Senate Health and Human Services Committee, vice-chair of Senate Education Committee, and serves on the Transportation and Technology Committee.

During her tenure in the house, Brophy McGee served as the co-chair of the joint legislative Child Protective Services Oversight Committee.

She’s a member of the Child help Arizona Board, ASU’s Morrison Institute of Public Policy Advisory Board, the Flint Foundation’s bioscience Road Mac steering committee and is a proud member of Phoenix Rotary 100, and Sunrise Toastmasters.

During her legislative tenure Brophy McGee has served on numerous key gubernatorial and legislative committees most recently she served on governor Doug Ducey’s substance abuse task force and sexual assault evidence collection kit task force. she sponsored the legislation establishing the Department of Child Safety as a standalone agency during her historic May 2014 special session of the legislature.

She was key in the 2013 Medicaid restoration led by Governor Jan Brewer and led the charge to restore kids funding in 2016.

Prior to her election to the legislature senator Brophy McGee served nearly a decade on the Washington Elementary School Board including four terms as board president, she also served six years on the Arizona schools facility board, including one term as chairman. She continues her many community-based volunteer activities in addition to her current legislative duties, as a mother, banker, community leader, senator Brophy McGee is committed to working patiently and persistently with her constituents, colleagues and Arizona leaders to build a better Arizona.

Welcome senator Brophy McGee, how are you oh my gosh I’m well thank you, I need a shorter introduction.

Trying to encompass your illustrious career I think it’s fitting, thank you. How are you today? I’m great, just getting set to head down to the Capitol and hopefully get some good stuff done.

I wanted to first off thank you for SB 1534 it’s a bill that my firm, myself, and the individuals that worked with us at strategy 48 Ron Ober and his team, we worked very hard to get this baby into your hands, and I truly want to thank you for making, and moving the ball ahead for Arizona to be the eighth state to adopt some of the most stringent regulations as it relates to annuities and these potential bait-and-switch hypothetical illustrations, so I want to thank you for bringing this issue to the forefront, it’s an education issue with my colleagues in the legislature those who are affiliated with the insurance industry are, I know what this is thank you for putting it in the form of bill, I’m very optimistic, we will get it across the finish line and protect particularly our Arizona seniors. That’s great, just for our audience just a little brief history as to what I am discussing with Senator Brophy McGee, and this is something that I have been covering on the air day in and day out as I have stated to all of you listening to my show this is a show about empowering you with facts. I am NOT doing this show to make money, I’m not doing this to generate business, my key goal is if I can help you avoid a derailed retirement, I’ve done a good job.

Generally what’s happened out there folks is we’ve got insurance companies that offer fixed indexed annuities, a lot of these annuities are good and they fit the retirement part the preservation part of your life, but there are certain insurance companies as already for those of you that have listened to me for over close to eight nine years know, that I’ve been very critical about a few insurance companies I’m not going to name those companies while I have the Senator on the air, I’ll cover that in the next few segments, but I wanted the Senator to be involved in this segment. Indexed annuities in itself are not bad folks, but anytime you see a non guaranteed hypothetical illustration your antenna’s need to go up, true to their nature they are non guaranteed, they are hypothetical, and in retirement these vehicles could be very dangerous for our wealth where you could potentially have a derailed retirement if you’re banking on those returns to come to fruition, and we’ve had many issues with consumer complaints.

We’ve worked very closely with the Attorney general’s office, and the National Association of Insurance Commissioners set standards to protect seniors from these bad actors, and would you believe it Senator only seven states have adopted these NAIC regulations.

It’s kind of an area that a lot of people don’t know about or think about.

It’s critical here in Arizona, particularly given how our elderly population is growing exponentially, many are on fixed incomes and they rely on those investment incomes to support their lifestyle, you know it’s interesting ladies and gentlemen for those of you listening to the Senator, without the help of this Senator we would not be in a amazing position to be the eighth state to perhaps introduce the most stringent law in the United States. We will require the Department of Insurance to adapt standards passed by the NAIC the National Association of Insurance Commissioners. A lot of you in the audience are probably wondering what is this amazing task that the Senator has taken on, and why it protects you the consumer, so here’s basically what’s happening out there, so when you see these illustrations you see this insurance company showing you an eight – nine – ten percent annualized return with without any risk! Are you kidding me folks? Eight, nine, ten percent, without any risk? So then the second aspect that you’re not aware of is a lot of times these insurance companies will use an index, not the Dow Jones, not the S&P 500, that have a track record, but these are indexes in infant stages that have been around maybe one year, two years, or three years, so please help me understand ladies and gentlemen how can you do a ten year projection on an index that has only been around two or three years? That is why I joke on the air are these illustrations made up? or is it Madeoff?

So that’s my reference to that Senator, because a lot of these returns are just so convoluted, and have no track record that it’s mind-boggling. It is mind-boggling and I think the less than ethical characters rely on that. One of the things I can say Anil is when I introduced the bill.

I had so many people in your industry reach out and say thank you, and great that you’re putting this forward, and its really going to protect our consumers so that’s been great to talk to these individuals, email with these individuals, and because they want to safeguard their profession, and they want to take their tasks very seriously in terms of offering these products to their clients.

Well Senator, huge thank you from me, thank you for being on the show, and ladies and gentlemen, what an amazing woman. My hat’s off and thank you for helping help Arizonans, our veterans God bless you Senator, and our best wishes, thank you, and it’s just been an honor to speak with you, appreciate it.

The honor is all mine, thank you!

Dial 1-800-957-5604 x 200 and set up a complimentary strategy session to understand what your goals are, understand what objective you’re trying to accomplish, your risk tolerance, and let us show you how to reduce your investment fees from stocks, bonds and mutual funds down to one point, or five percent when you work with our investment advisory platform. Dial 1-800-957-5604 x 200, and on the web Dreamretire.com

Anil Vazirani asks: “Is the Complexity of the New Indexed Annuities Causing Concern?”

Anil Vazirani asks: “Are you tired of this low interest rate environment?” 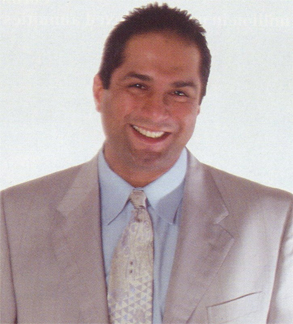 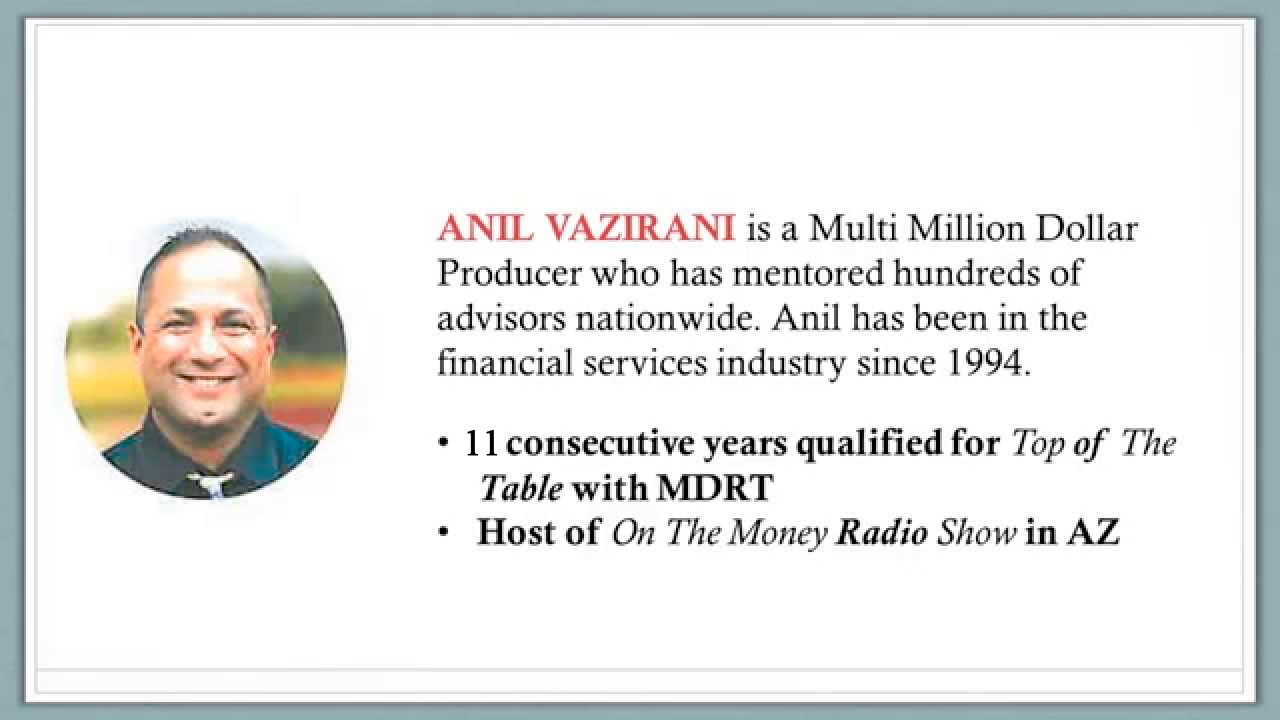 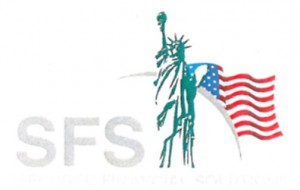 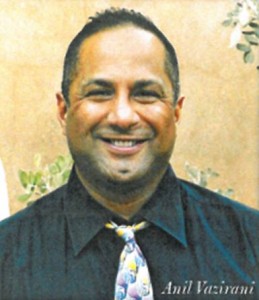 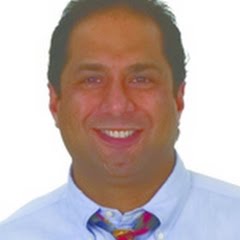